Buy Tickets
NOW ACCEPTING NSW STAY/PARENT VOUCHERS – CALL 0455 347 600 TO BOOK WITH YOUR VOUCHER!
Our Weekend Fly Fishing clinics are designed for all levels of experience. This includes anyone who has never thrown a fly-line before, or those who have just started waving the long wand and need a little more guidance, right through to the experienced fly fishing lover.

These clinics teach the introductory aspects of overhead fly-casting and roll-casting, enough to give the beginner a realistic shot of landing their first trout on fly. Casting practice takes place on grassed areas and on a stocked dam, before moving on to fishing on our private streams.

The clinic will commence on the Friday evening, with guests arriving from 4pm onwards for a complimentary pre dinner drink and finish on the Sunday. The cost of the school is inclusive of all meals, accommodation, tuition, workshops and guided fishing.

You will be fishing on streams that are not accessible to the general public, which will ensure that you gain the most of your fly fishing weekend. 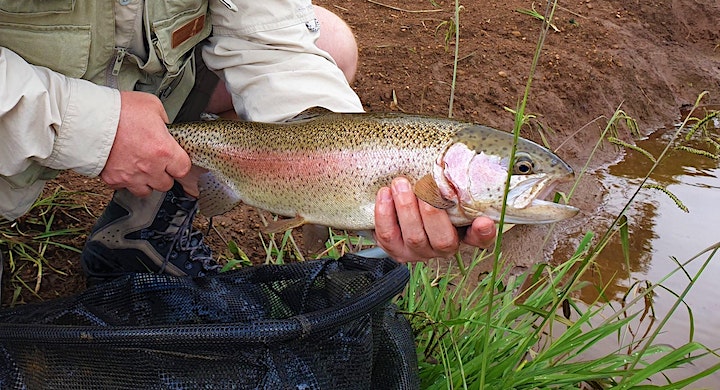 Garry Hambly owner of South Pacific Fly Rods Australia will be conducting two of the workshop sessions. Garry possesses a wealth of Fly Fishing knowledge and experience. He has fished all over Australia as well as many international destinations, from the flowing rivers of New Zealand, to the saltwater flats of the Florida Keys USA, to the forested mountains of Japan and across the South Pacific islands, just to name a few.

South Pacific Fly Rods was launched in 2006 and is now Australia’s Leading Fly Fishing Company producing the largest range of products ever achieved by an Australian brand. There is not an aspect of Fly Fishing that Garry has not participated in, as well as designing and producing Fly Fishing equipment for almost two decades.

Having the owner and designer of Australia’s Leading Fly Fishing brand tutoring is a rare opportunity. His personal and professional approach in his workshops is well known, and he’ll have you feeling comfortable and relaxed at all times.

Garry will also conduct an Understanding Fly Fishing Equipment workshop. Everything from rods, reels and lines, to waders, clothing and accessories will be covered. As a bonus, the full range of South Pacific Fly Fishing products will be on display and available for purchase after the session.

Spending time with Garry will not only equip you with knowledge and techniques in Fly Fishing, but you certainly will enjoy his caring and personal tutoring and his fun approach in his workshop sessions.

Stream knowledge and entomology with Philip.

Phillip has been a fisherman pretty much since he could walk. He and his family holidayed on the South coast of NSW every year and fishing was a major activity. Fishing for trout came later in the waters around Tumbarumba NSW. Initially this involved using natural bait and light line floated down the rivers and creeks. These techniques provided a great education on the feeding and behaviour of rive trout.

During his Aquaculture studies in Tasmania, Philip was introduced to fly-fishing by his New Zealand friend and colleague, a fisher with a lifetime of fly- fishing experience. During this time, he learned the finer points of Tasmanian lake and stream fly tying and trout fishing. With his doctoral research focused on trout and salmon and a good part of his leisure focused on fly fishing he has a gained a good knowledge of the biology and behaviour of fish, in particular trout and salmon.

Completing his studies in the late 90s, he and his family moved to South Australia so that he could take a position researching the farming practices of Southern Bluefin Tuna. Trout being pretty scarce in South Australia, he focused on developing his saltwater fly-fishing expertise for “bigger fish”. This involved tying large saltwater flies and targeting species including bluefin tuna, yellowtail kingfish, Australia salmon and black bream.

Moving with his family to New England in 2007 meant new fly-fishing opportunities in the form of Murray cod, Australian bass, carp and trout. Over the past 10 years, he has been fine tuning his lure and fly skills on these fish.

Based on Philip’s extensive fishing experience, he now provides you with an opportunity for expert knowledge and guiding on the waters of New England. Stream-craft is also covered and the guides agree that most beginners cruel their chances of landing a trout well before they start to cast, simply because they fail to understand the basics of stream-craft. Many people start with a perception that they are on land and the trout is in water, so the fish can’t see them and they can bowl up and start casting. Nothing could be further from the truth. One of the first tasks is to shatter the ‘blind fish’ myth and impart some stealth.

Other topics covered over the two day weekend course include fly selection, basic tackle set-up, playing a hooked fish, catch-and-release methods and fly-tying demonstrations. The clinics are inclusive of all meals including scrumptious three course dinners, workshops and lodge style accommodation at the award winning Yaraandoo Eco Lodge located along Point Lookout off the Waterfall Way, 75kms east of Armidale. 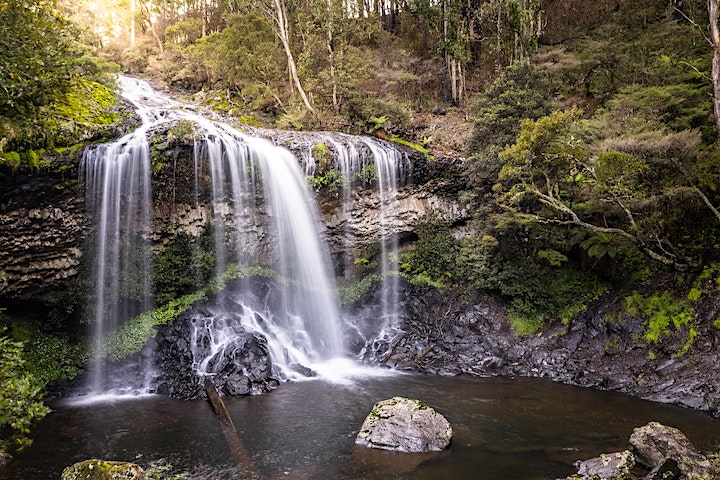 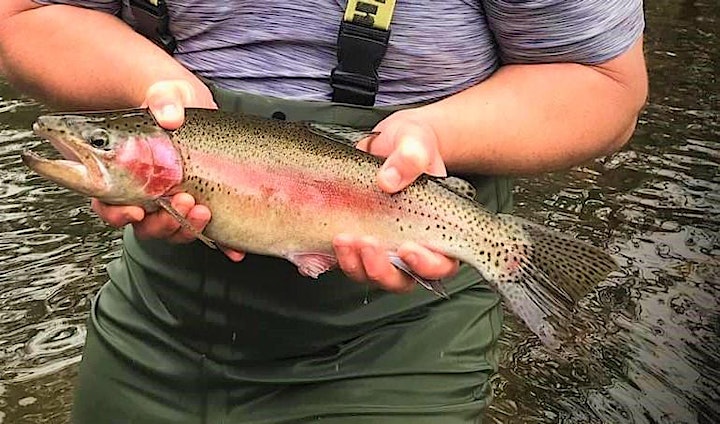